Skip to content
MENU
Homepage / News / Are Valorant Servers Down

Valorant is known as the name of a 5v5 character based tactical shooter game created by the same developer of League of Legends called Riot Games. It is the first game the developer has developed in the genre and offers players with a lot of unique characters to choose from. The game combines the precision shooting of Counter Strike with the abilities of Overwatch, providing players with 10 unique characters to choose from, each with their own unique abilities and playstyles.

The game called Valorant is not perfect. Just like most of the games, server issues are there. There is no specific reason for why the servers of the game occuring. However, there are some possibilities of the event happening. First, there might be an update that is still in progress. Second, the server might be down for maintenance. Third, there is a simple Valorant server that is being made. 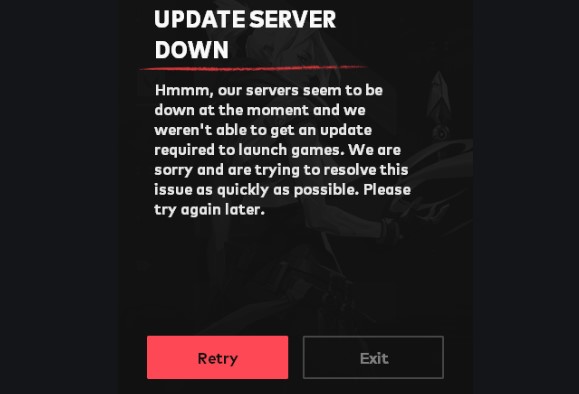 The issue clearly gives you nothing. If you are experiencing this issue, there is nothing that you can do, except to wait for the server to turn on. However, during this period of time, you are able to make sure that the problem is not on your side by checking out your internet connection.

The players who got the chance to play the closed beta version of Valroant may be experiencing some issues, including the infamous error code 43. The developer of Valorant called Riot Games has been communicative in how it is handling these problems, explaining exactly what the developers are doing to manage the complaints.

For those who are wondering if the servers of Valorant are down or not, the best way that you can do is to check the official Twitter account of Valorant. This one has been updating fans regularly on the status of the game. If you want to avoid error code 43, for instance, the admin of the account will explain that the closed beta access is being temporarily paused. Until the stable fix has been fixed, it will stop the distribution. You are still able to check out their Twitter account even if you do not have a Twitter account. Aside from that, you can also visit the community of Valorant. Usually, the members of the community share any information related to Valorant so there is a chance for you to get the information about the server status of Valorant.

The developer also has a support section of Valorant on their official website with the urgent notifications at the top. There is currently no information if the developer is going to add the game to its Server Status page, but the Updates for League of Legends and Legends of Runeterra are both able to be found on the Server Status page, so it would make sense if Valorant makes it as well. In addition, they may also dedicate a Valorant page for server updates or maintain the support section of the official website of the developer for that.