Valorant features a solid cast of characters. If you come here to find out the information about Best Valorant characters, so you are able to read this article until the end. Now, let us look at and rank some best characters in Valorant.

Most players will consider Sage to be the best and most powerful agent in Valorant. She has a collection of abilities that can turn the tide of battle when controlled by a skilled and confident teammate. Aside from that, she is able to heal teammates, create the barriers, slow enemies, and even resurrect fallen teammates with her ultimate. A skilled Sage player is able to hold off an entire team given the right circumstances. 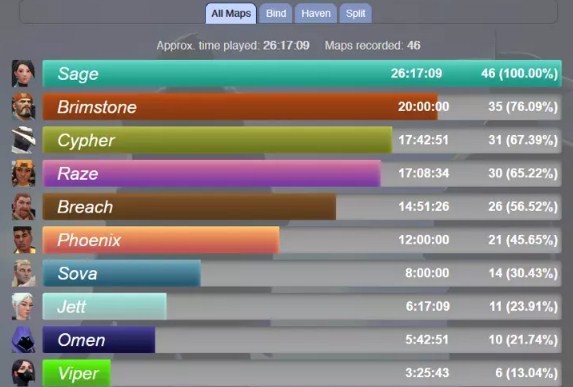 Having amazing map control and being able to push on your enemies as a team can create a world of difference in competitive multiplayer games. Brimstone is the agent who can do both of those things with flying colors.

Cypher is not well-rounded and he is a specialist in every sense of the word. Also, he is excellent at gathering information on the opponent due to his abilities that include a spycam, tripwires, and his ultimate that scans a dead enemy to reveal the location of their living teammates.

Raze is the pure damage dealer among the agents. Her strengths lay in punishing opponent players who are out of position and generally zoning the enemy out of certain areas. Lots of players will assume her Boom Bot is useless because it takes only little damage to destroy it. However, in turn that fire of a gun is going to reveal the location of the enemy which is invaluable. If you pair this with her Paint Shell cluster grenades, so you will either have to relocate or hope they live through the burst of damage.

If you are a player who likes to instigate and start fights with the opponent, Breach is the best agent in terms of fitting your play style. Although his area-of-effect abilities are not the quickest when it comes to using them, but the scale on them lets him flush out the players who are corner camping or hiding in advantageous locations. He is valued on the battlefield thanks to his ability for threatening and affecting the enemies without needing to put himself in direct line of danger or damage.

Any time a character is able to heal themselves, it makes them a tough out for the enemy. They may not be as valuable as a general team healer, but that does not mean any player using Phoenix should be overlooked or dismissed.

Sova is a pretty average agent all things considered. However, most people think he will be the character who increases in effectiveness as time goes on.

Jett’s strengths come from her mobility and her abilities that only propel those skills forward. She is considered by many people to be one of the more fun characters to play. Jett may be a character who gets buffed by year’s end to feel more playable.