Skip to content
MENU
Homepage / Guides / Can You Change Your Valorant Name?

Are you tired of your Valorant name and want to change it? Apparently, your Valorant display name is linked to your Riot account, giving you the quick and easy option to change it on the fly. The thing called Riot will almost certainly put this feature behind a paywall when the full version of the game releases in summer 2020, so it is better for you to make the most of it while you still can.

In the other titles of Riot such as League of Legends, Legends of Runeterra, and Teamfight Tactics, you are forced to spend in-game currency called Riot Points if you want to change your name. The process of it is straightforward, but unless you are happy about forking out $10 every now and then, there is nothing you can do. 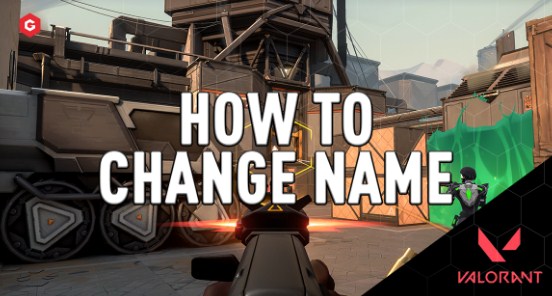 So, how to change your display name in Valorant? In order to change your name, you can simply close the Valorant client, sign in to your Riot account, navigate to the Riot ID tab (this one is located the second to the left), and click on the little pen next to your name. From there, you are able to enter your new name and unique hashtag. It will give you the option to change your display name once a month. The hashtag is able to either be a set of numbers, or letters, similar to a clan tag in League of Legends. If your name is unique enough, you will not need a hashtag, but in most cases, you will. Once you have confirmed your name, load up Valornat and you should be good to go.

You also need to change your Valorant names when there are two same names. Basically, no two names can be the same, meaning if you have the same name on a few different servers (including PBE), you will have to make sure they are each one of a kind. In most cases, though, the accounts that have the same name are not owned by the same player, so you may have to change it before you play. Obviously it can feel really disappointed to lose the name you have had for years, but we think that a lot of the new systems we have put in place, like the ability to stay logged in, should make things easier overall.

Changing name will only work if you are truly the only one in the world with that username. If someone in the other region has that account name, you still will likely have to change name before you log in.

If you think you need to update your account, you will see a pop up in the client that will let you to do so. The pop up will not always be dismissible, so you will have to make the change as soon as possible. Then, once you remove the region selector from the login screen in early February, you would go to the website before you can log in.