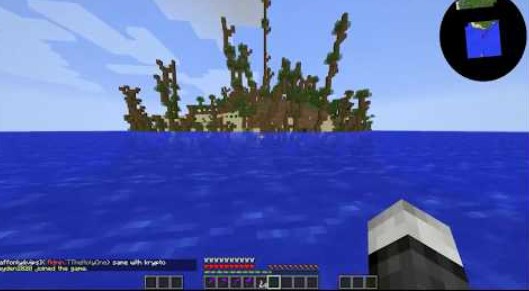 But, what is the Crazy Craft 3.0 Mod Pack? It focuses around outdoing the perfection of Crazy Craft 2.0. There are some custom mods and custom configs which are made for the mod pack. It is minecraft re-imagined with creepers which range from 100 to 300 health. The witchery bosses also can reach more than 5,000 health, custom modded drops from every single mob in the game and many more. Also, you are able to find the custom Youtuber hats which are hidden all around the world.

You will begin with nothing except your wits and a small house. Your main purpose from there is very simple where you have to survive as long as possible getting armor, mining, and killing any mobs which are in your path. With more than 100 mods, Crazy Craft 3.0 mod pack has a lot of thing to do and will keep you fighting bosses in all kinds of different worlds for a very long time. To download it, you can access the Voids Wrath site.

In the video of Apex Hosting, you are able to see that he starts out on an Apex Minecraft hosting home page and you are also able to see that Apex minecraft hosting is calm pretty simple. In the top right, there is a little panel icon and you have to click on that. And it will take you off to the multi craft panel. If you do not log in, it does not take you to this page. So, you have to make sure that you log in. If you want to know what you have to do then to set up Crazy Craft server in Minecraft, you are able to watch the video until the end.