Does Valorant Have Controller Support?

When you are playing Valorant game, you may imagine to play the game by using a controller. However, you may not know whether this game can be played by using controller or not. So, you may wonder if Valorant has controller support.

Riot Games developed Valorant first and formerly as a PC title. It means that for now, there is no official controller support. If you want to plug an Xbox One or PS4 controller into your PC to be able to play Valorant can do it without full support. If you want to play the tactical shooter, the most optimal way to play it is to use a mouse and keyboard. It is because if you use a controller, it will not be given any kind of aim-assist. For your information, aim-assist is when a game helps players using a controller to be able to get and stay on target when aiming. This activity will be harder to do it with the joysticks of controllers. 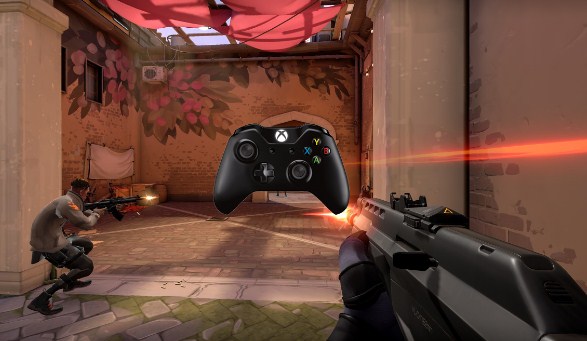 Riot Games said that it is open to looking at bringing the game to the other platforms. However, for now they may focus on PC. It means that controller players will not know when full support for their input device will be created.

However, if you really want to play Valorant by using your controller, then you are able to use reWASD application to set it. You are able to download reWASD application and the tutorial about it can be watched on a video of Violent Privilege Gaming entitled Valorant | How to Use Controller (Tutorial) reWASD which was uploaded on April 11th, 2020. The duration of the video is 10 minutes 7 seconds and now this video has been watched more than 70k times. In the video, you are able to watch him showing how to be able to use a controller gamepad as mouse and keyboard inputs on Valorant game.

If you want to try to play the Valorant game using controller by the help of this app, you have to download and install reWADS first. After that, you are able to connect your Xbox Elite to PC and then launch reWASD. In this step, you have to create a new profile (game or app) and then add a config to it. Now, you are able to start remapping. You are able to see completely how to play Valorant game by using controller reWASD by watching the video that we mentioned above.

For your information, Valorant is a game in FPS genre and it is free to play for everyone. This game is developed and also published by Riot Games for Microsoft Windows. In October 2019, this game was announced under the codename Project A and then on June 2nd, 2020 this game was released.

Leave a reply "Does Valorant Have Controller Support?" Cancel reply