Valorant refers to a 5 on 5 online multiplayer first person shooter game that was developed by the creators of League of Legends. This one is the first foray of the company into the FPS arena. Do you want to know more about Valorant? Check the whole article out.

The concept of Valorant is simple. Using one of a few Agents to play as, a team attacks and the other defends. The one who attacks must plant a bomb known as Spike in one of two points in the territory of the defending team. Every round ends one of the three ways. First, the spike is planted or detonated. Second, a team kills all five members of the other team. Third, the spike is defused. 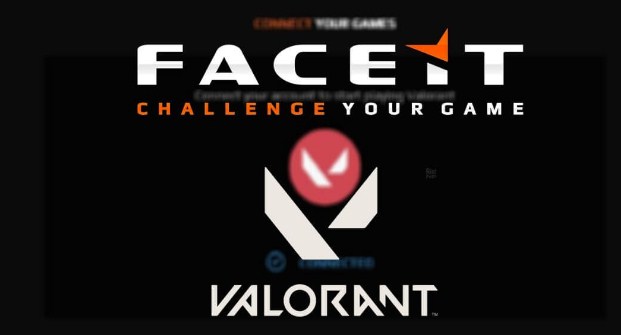 The game named Valorant is best of 25, every round lasts 100 seconds, but is able to end before all the members of a team are eliminated. Before each round begins, there is a 30 second prep phase during which you are able to purchase weapons and arrange your loadout accordingly. Some of the things that you are able to buy are weapons, armor, and abilities.

The art style of Valroant appears similar to Overwatch. Although it does not seem to play as frantically as Overwatch does, at least from early streams and indications. It appears to play a lil bit slower and a little more twitchy compared to Overwatch as well.

In this page, you are able to find out if the game called Valorant is available on the popular tournament platform known as Faceit. For those who are not familiar with Faceit, it is the name of the extremely popular tournament platform, which is used by such games like Counter Strike Global Offensive, Dota 2, League of Legends. Each owner of a Faceit account is able to add the appropriate games to their library, then play matches in the league and win additional prizes, which are only available for premium users. After the release of the game, a lot of players wonder if the game will appear on Faceit.

So, is Valorant available on Faceit? The biggest benefit of Faceit is the lack of cheaters, the lack of lags and 128 tick servers, which is the reason why this tournament platform is really popular. The question now is whether the platform will be a suitable and attractive platform for players of the newest tactical shooter such as Valorant? Actually, Riot Games has already offered players a special anti-cheater security system called Riot Vanguard, low pings and 128 tick servers.

You currently cannot add Valorant to your library on Faceit. However, things may change in the near future. The most interesting thing is that everything seems to indicate that Faceit already has a type of centre for players from Romania and Brazil and the next games are scheduled for June 10, 2020. The prize pool for the participants from the Romanian community of Valorant is going to be €500, TOP 5 players will be awarded with a reward.