If you want to get it, of course you have to gain access to the new ranked mode. To do that, you have to play enough matches of unranked Valorant to be familiar with the map layouts, weapons, and the abilities of characters. It will take the form of twenty matches in the standard mode. Your performance in these matches will not give effect to any part of your competitive experience. They just have to be completed to be able to unlock the ability to play placement matches and earn a starting rank. 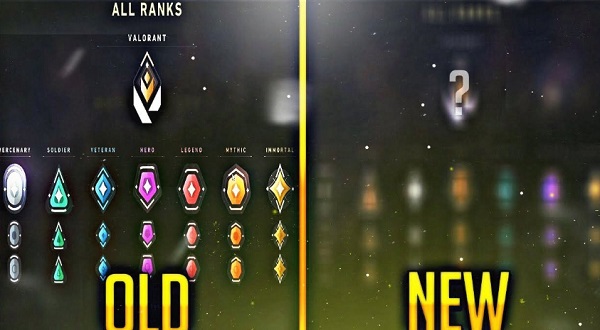 If you have got into rank, you need to play through five placement matches and you have to get your first rank. When you play more, wins and losses, it will be more important to your ranking and it will be the main path to progress. The system of ranking now is geared to combat smurfing by focusing on your personal skill during placement matches.

The ranks that you are able to get in Valorant Ranked are tiered and there are three tiers in each rank. But, the top rank has only one tier. Here are the ranks in Valorant.

Now, the question is, how to be able to get the highest rank in Valorant? You have to work your way through all levels of Iron, Bronze, Silver, Gold, Platinum, Diamond and Immortal. Then, you are able to reach the final rank which is Valorant. These tiers have associated badges. So, you are able to identify player level and kill quickly. It is important for you to know that they get fancier the higher you place.

It is also important for you to know that you have to be aware that if you do not play Valorant for fourteen days, the rank that you have got will be hidden until you play a ranked match again. But, it will  not affect your tiers or any progression in the ranked ladder. But, it will not be visible to other people. Now, there are no rewards that you can get based on rank. You will just get the badge that is visible on your profile and can be deployed for bragging rights.

If you want to get the highest rank, but you think  that you still bad in playing this game, you are able to read some tips to be a better player at Valorant on another article in this site.