Riot Games released their new strategic FPS to the public on June 2. While in beta, the game reached over 400 million viewing hours on Twitch. In fact, at the beginning of its beta, Valorant broke the platform’s single-day viewership record at 34 million hours.

HOW MANY PEOPLE ARE PLAYING VALORANT?

There are no official numbers being released by Riot Games when it comes to Valorant’s current player count, however Riot did release several specifics for the closed beta, that ended May 28. In a press release, the studio stated that nearly 3 million players logged on each day to play Valorant during its two-month beta testing period. You have to note that the closed beta was limited to only a few regions, including North American and Europe, and was exclusive to PC. Also, you could only access the closed beta by receiving key drops given at random. The players had to tune into people streaming the game on Twitch in hopes of getting an invite, leading to lots of people leaving streams in the background all day long in an attempt to access the semi-exclusive beta. 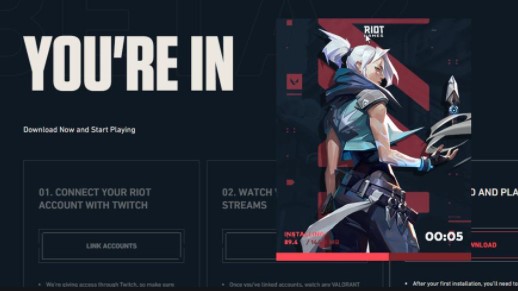 Since Valorant is now open to Japan, Asia-Pacific, Korea, Europe, Turkey, Russia, CIS countries, MENA, North America, Latin America, and South America, it is likely that Valorant has even more players than it did during the closed beta.

IS VALORANT STILL A POPULAR GAME ON TWITCH?

One way to estimate how many people are playing Valorant is by looking at how many people are watching it on Twitch and through other streaming platforms. When the Valorant closed beta was first released, it broke Twitch’s single-day viewership record within hours. The game of Valorant had 34 million hours watched, with a peak viewership of around 1.7 million. This record beats the previous record. Also, it was set by Valorant when its gameplay was first revealed on April 3, 2020 that totaled 12.2 million hours watched.

While impressive, the fact that many people binged Twitch in trying to get a closed beta key should be factored into this number. The amount of attention Valorant received due to the key drops eventually started to frustrate the streaming community, who said the Valorant section on Twitch was fake due to the amount of 24/7 drops and bot streams. The game remained popular on Twitch throughout the closed beta due to the chance of getting keys and the presence of third-party tournaments.

Now, the game is sixth in the current viewer rankings, trailing more established games like CSGO, Fortnite and Dota 2. Based on the research, on June 10, there were over 76,000 views per hour, compared to more than 1 million at its peak two months ago on April 6. It is definitely down from 470 million hours of viewership the game received during the closed beta, however being in the top ten of all Twitch games is nothing to scoff at. Also, it means that there are enough active streamers in Valorant creating content to support such viewership numbers.