Unlike changing your screen name, you are currently not able to change your in game region in the game called Valorant. The developer of the game, Riot Games does not provide a feature that will allow you to play the game from a different region than your original. Once again, Valorant currently does not allow players from different regions to complete together. You are able to match with players in your region only. However, there are some methods that you can try to change your region in the game. 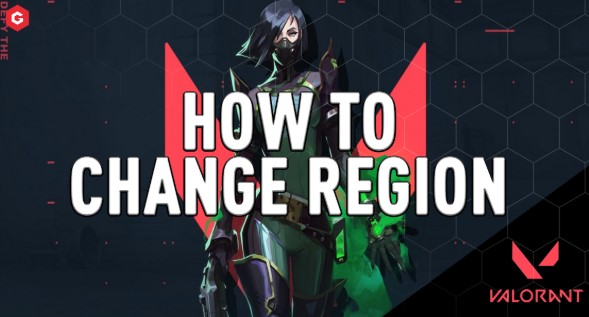 However, it is not as simple as it seems, since when trying to make a Riot account, the service automatically detects the region you are in. Still, it is easy to circumvent by making a virtual private network, which is more known as VPN.

So, you just simply need to download some VPN program that allows you to change the region you are in virtually and choose the country from where you want the players to be or from where your friends are. Once the VPs is activated, please go back to make your Riot account and when you finish making it you are able to turn off the VPN and the region will be saved forever in that account.

If the above method does not appeal to you, there is another way to play around with the other regions. It is to request a region change from the developer of Valorant called Riot Games. However, it may be easily denied by them but there is a small chance that they will approve your request to change it. If you want to try it, you can submit a request that can be found on the official website of Riot Games.

From now, it is all that you have to know and what about how to play with the other regions in the game known as Valorant. The most recommended method to change region in the game is the first one, making a new account with the region you want using VPN. The second one, sending a request to the developer is not recommended since the option to request a change is not sure to be approved.

If no one of the methods works for you, it is time for you to visit the community of Valorant and discuss with the members. Who knows the members might have the great method to change the region in the game. Feel free to try any method that you want. However, you need to take a note that the safety of your account is your priority.