The game called Valorant is live. You finally have time to play with your friends. However, you are from North America and they are from Europe. Is there any chance to still play with them? Check the article to find out

Over the last few months, the developer of Valorant called Riot Games has slowly transitioned all players from the popular game known as League of Legends accounts to Riot account, in order to attract a lot of gamers, including Valorant and Legends of Runeterra. As a result, your account will no longer have a region option on the login screen. 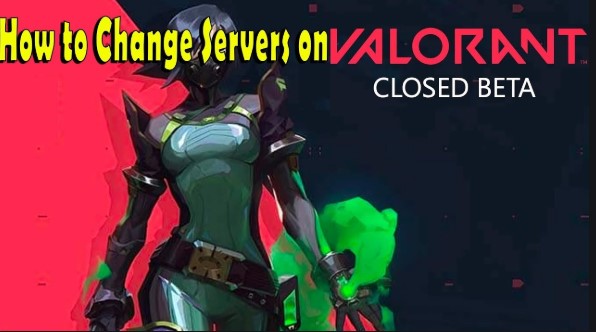 Changing your Valorant server means changing your region. If you want to play with your friends from different region, Riot Games does not provide a feature that will allow you to play the game from a different region than your original. Fortunately, there is a way to bypass it.

The best and the simplest method to play with your friends from a different region is by creating a new Riot account. In order to do this, you will first have to get your hands on a VPN, but do not worry, there is a free trial. Once you have downloaded your VPN and loaded it up, select the country your friends are playing in or anywhere in their region, and make a new Riot account. After you have created your account, your region will now be locked to the same destination as your VPN, and you should be able to play with your friends.

The second one is to try contacting Riot Games and asking for a region change. You are able to do this by submitting a ticket. If you ask them nicely and explain the situation well, Right might give you a present by changing your region. However, this one is least recommended as it seems like Riot Games will only approve the request to change the region if there is a mistake. If there is no mistake, it would be hard for your request to be approved.

Once again, the most recommended method to change region in the game is the first one, making a new account with the region you want using VPN. The second one, sending a request to the developer is not recommended since the option to request a change is not sure to be approved.

Those are steps to change your Valorant server or change your region. If no one of them works for you, you can go to the community of Valorant, where the members of the community gather, and see if someone has a method that works well.