The game called Valorant has launched its beta to huge success although there are a lot of errors floating around. A lot of gamers are having a hard time with how to fix and resolve the Vanguard anti cheat error that they are encountering. 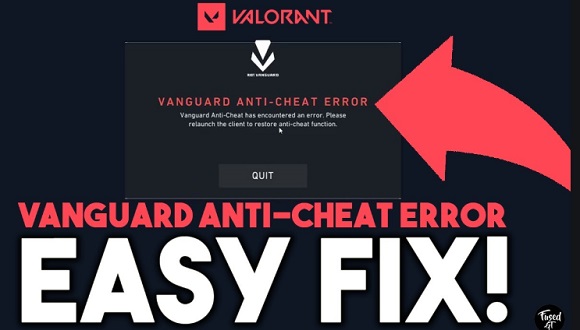 So, how to fix Vanguard anti cheat error in Valorant? There is no guaranteed fix for the Valorant anti cheat error. However, you are able to try the following steps. The first one is to try turning your system on and off. On reboot, you might be prompted to install the update if you have already downloaded the client. It will give the Vanguard software another chance to boot properly and is able to fix the problem super quickly. However, it does not always work out and you will have to be ready yourself for more of an inconvenient route. If the error is still there, you will have to uninstall Vanguard. To do it, go to the Add or Remove Program menu, choose Riot Vanguard, and uninstall it. If the first step does not work, you will have to uninstall then reinstall the client that the game runs on. This way should prompt your system to download the anti cheat update. If both methods fail, then it might be an error with your own system.

Once you have tried the three steps above, you should be able to see if you are in the beta or not. If you are not, then, unfortunately, you will have to get back to watch on Twitch in the hope of getting in.

The FPS created by Riot Games is set for a full release this summer. The closed beta mode is currently proving its popularity, with Twitch being watched by millions. For those who do not have any slightly idea, this game is pretty much a mix of two popular games named Overwatch and Counter Strike. Teams of five go ahead to try and win the fight with characters having select abilities and powers.

The issue at the moment is that you have an invite to the beta to play. Furthermore, players are experiencing problems with the anti cheat software that Vanguard and Riot Games have built into the game.

It actually is a good idea from developers of Valorant, Riot Games. Trying the best to protect its game and players from hackers. On the other hand, it would be handy if the software worked for everyone.