How to Forfeit in Valorant

The game known as Valorant has been the newest team-based shooter to really take off on PC, and after several hours of playing it, you will totally understand why. With the arrival of its Competitive mode, however, a few players may be looking to save themselves a bit of time and concede a match before it is over. In this page, you will be informed how to forfeit in Valorant for your convenience.

In order to forfeit in Valorant, you will first have to make sure you have got the 1.02 patch downloaded and installed. This thing introduced the ranked system with eight divisions, each with three tiers. If you want to forfeit in the game, you can just type /ff, forfeit, concede, or surrender in the chat. The chat is able to be opened by pressing Enter on your keyboard. 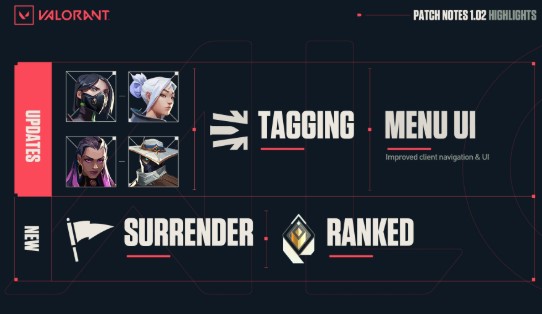 Doing so will start a Surrender Vote on your team. Then, you and your teammates will need to vote either /yes (F5) or /no (F6) to confirm they do or do not want to surrender the match. Five players on your team need to admit defeat if you want to forfeit in the game. Aside from that, it is also worth pointing out that the game will not let you forfeit before the eight round of a match. If you try and do it before it, it will simply roll the vote onto the next round.

What will happen in the event of a successful forfeit? When either you or the enemy team forfeit in Valorant, the winner will simply get the remaining wins they need to reach 13. The losing one will have the opposite done to them, making sure that forfeiting is fair to both teams involved and there is no way to try and game the competitive system by surrendering early on.

Take a note that the forfeit vote cannot be called before the 8th round, and furthermore, it is only able to be called once per half. It has likely been done in order to prevent spamming of the forfeit vote and to keep games interesting while also giving the players an opportunity to forfeit if and only when continuing a game would seem futile,

Since forfeiting a game is the same as losing all the remaining rounds left to make the opponent team win, the forfeit button should only be used when a player in your team has left and the game seems unwinnable through a 4v5. Forfeiting when the game is still 5v5 is generally not recommended unless your team is heavily out skilled by the opposition, and you are confident that no further round can be won by your team.

For more information about how to forfeit in Valorant, it is better for you to visit the official website of Riot Games. Aside from that, you are also recommended to visit the community of Valorant regularly to update the information and to discuss a lot of things, including about forfeiting.

Leave a reply "How to Forfeit in Valorant" Cancel reply