After a few months, Valorant has gotten off to a good start. The polished and fun beta has given way to a full release, meaning it is time to begin playing in ranked.

With a shooter as skill-focused as it was clear that a ranked mode was coming, though the form of it would take was unclear. Now that a lot of people have gotten used to the gunplay, the strategies, and the abilities, Valorant has added a competitive mode to the game. You are now able to log in and climb the ladder in order to get to as high a rank as possible, maybe even the allusive rank of Valorant. 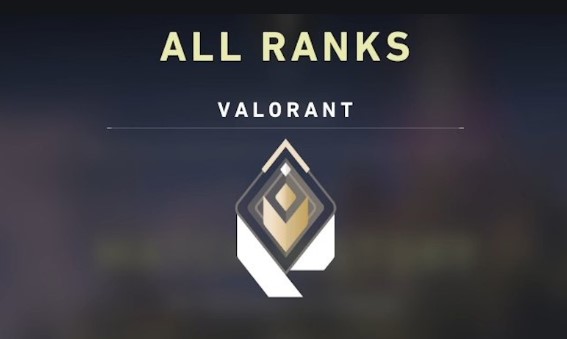 Then, how to get a rank in Valorant? If you want to earn access to the new ranked mode, you will have to play enough matches of unranked Valorant to be familiar with the map layouts, characters abilities, and weapons. It will take the form of twenty matches in the standard mode. Please keep in mind that your performance in these matches does not affect any part of your competitive experience, they just have to be completed to unlock the ability to play placement matches and gain a starting rank.

Even after the competitive ladder is unlocked, the unrated matchmaking and match points will not affect the competitive placement. Once all of them have been completed you will get access to the ranked mode. It will give you plenty of time to unlock agents and learn the maps. When you have the access you will have an option in the main menu above the banner: Competitive.

After you get into ranked you will need to play through five placement matches and get your first rank. In the game, wins are weighted higher than your personal performance, but Riot Games have said that doing well in matches is part of how the game determines your progression. As you play more, both wins and loses will be more important to your ranking, and will be the main direction to progress.

Apparently, the ranking system is currently geared to combat smurfing by focusing on the personal skill during placement matches, meaning that players who are great at the game will have a difficult time getting into low ranks, however, people have been complaining that it has not worked as intended, with players being stuck in their tier despite a long streak of high performance victories.

As with all beta versions there may be issues with the algorithm and tracking, so you can expect some unusual placements as things settle, but hopefully the developer of Valorant called Riot Games will be working hard to refine the systems under the surface to provide ranks that are more accurate representations of your skill.

The Valorant ranks that you are able to earn are tiered, with three tiers in each rank. However, the top one has only one tier. The ranks include Iron I, Iron II, Iron III, Bronze I, Bronze II, Bronze III, Silver I, Silver II, Silver III, and so on.