Knowing about how to make items and how to use them in Minecraft is important. It is because those are some things that you can do in Minecraft. Now, how to shoot a fire charge in Minecraft? If you want to do it, you have to read the explanation below.

Do you want to shoot a fire charge in Minecraft? If you want to do that, you need a dispenser and it will act like a Blaze fireball which flies in a straight line with random aim and puts fire to any block or entity it hits. When it does, it will set it on fire. It is useful for lighting a nether portal or burning down a wooden structure at a distance, if it is something you have ever wanted to do. If it hits a player or a mob, it will deal four and a half hearts of damage which are two and a half from the projectile and two from catching them on fire. 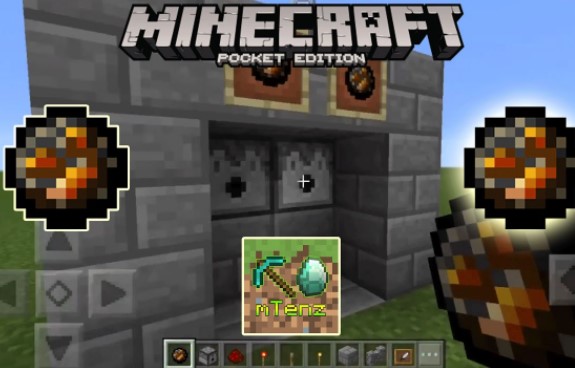 If it does not hit anything, it will keep flying forever. Minecraft’s world is able to generate infinitely. So, if you shoot a fire charge at a high enough altitude and you are able to somehow keep the chunks it was passing through active, it will keep going and going and never stop until the heat death of the universe. Or, you are able to shut down your PC.

As explained above, that fire charge can be shot from a dispenser. What is a dispenser? It is a special, redstone-powered block. If you right click on it, a menu will permit you to be able to put items inside it such as fire charges, arrows, splash potions, eggs, and snowballs. Dispensers are able to contain up to nine different stacks of items and the dispensing behaviour is random. Dispensers in Minecraft are able to attack things if they contain arrows, snowballs or any other throwable items.

You are able to use fire charges as ammunition for dispensers or as a substitute for flint and steel. If it is used, it will light a fire, the same as flint and steel. The fire charge is consumed in the process and it is able to prime TNT and light nether portals and campfires like flint and steel. But, you need to know that you cannot use it to detonate creepers. If we compare with Flint and Steel, Fire Charges are renewable. However, they need you to be able to gather its most important ingredient, blaze powder, which is only able to be obtained by killing Blazes. Fire Charges are able to be used in the crafting of Firework Stars.

If a dispenser with a fire charge is put with a block directly in front of it, the dispenser will shoot through it and it will light a fire on the other side. If it is shot from a dispenser, the fire charge will start out stationary and accelerate, as though it is falling rather than being launched.