Valorant is the name of the new tactical first person shooter created by the developer called Riot Games and has become a significant hit in the gaming community following the launch of its closed beta. The PC title has seen a rise of popularity that has led users of consoles to wonder whether or not it will be available on Xbox One or PS4 or if it will have controller support.

To answer your question, this page has everything you have to know when it comes to whether or not players can use a controller on Valorant covered for you. Please check out everything and do not miss any. 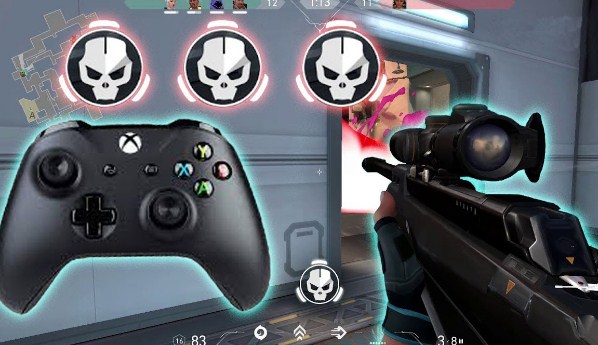 Riot Games developed Valorant first and foremost as a PC title, meaning that right now, there is no official controller support. Those who would like to plug an Xbox One or PS4 controller into their PC to play Valorant can do so without full support. The best way to play the tactical shooter from the League of Legends developer is to utilize a mouse and keyboard, as players who use a controller will not be given any type of aim-assist. As you probably know, aim-assist refers to the situation when a game helps player using a controller to get and stay on target when aiming, considering it is harder to do so with the joysticks of controller.

However, in case the title ever does make its way onto the console platforms of Xbox and PS4, there is no doubt that Riot Games would provide optimal support for players to use their controllers to play that would count aim assist in. The other well-known PC first person shooters such as Overwatch and Call of Duty transition well to controllers on consoles. It would not be too far-fetched to see the developer of Valorant the same treatment if they ever decide to have the game move from being a PC only game.

The developer has stated that it is open to looking at bringing Valorant to the other platforms, but only has its eyes on PC for the time being when it comes to their attention. Their focus on PC means controller players do not know when full support for their preferred input device will ever be created for the new tactical shooter.

In conclusion, Valorant is currently not available on Xbox and the other consoles. It is currently only available on PC. It means there is no method yet of how to use Xbox controller on Valorant. Are you disappointed that controller support is not currently included in Valorant? Do you think the creator of Valorant named Riot Games should add it in the future? You can speak up your mind by sending your suggestion to the representative of Riot Games. Aside from that, you can also discuss with the community of Valorant, gather people who share the same thought as you, and voice your thought to Riot Games. A big voice might work to make Valorant available for Xbox, and the other devices.