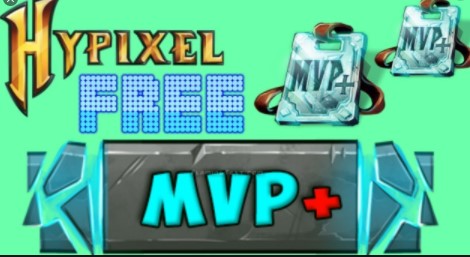 But, can we get this rank for free? Well, you may often see there are some people who claim that they hold a giveaway event and in that giveaway event, they claim that they will give you rank such as MVP+ rank and some more ranks. There is also another player who said that you are able to get MVP+ rank for free by using rank generators. May we use these methods to get Hypixel ranks for free? Well, you are able to see in the Hypixel Store page that MVP+ is one of the purchasable ranks. It means that you need to buy it if you want to have it.

The giveaways or generators that claim that they can give you free rank, it is better for you to be wary with these things because they might be a scam. Also, these things may be one of the actions which can break the rules of Hypixel. Some players in the Hypixel forums said that there is no free rank for purchasable rank. In addition, they also said that if you insist on getting the purchasable rank for free by using some illegal efforts, there is a possibility that you will be banned. So, if you want to have MVP+ rank or some other purchasable ranks, it is better for you to buy them in the Hypixel store.