Immortals is a venture capital-backed esport organization from America. It is mainly known for their League of Legends team. You may want to know some information about the Immortals Valorant tournament. Here, we will inform you about it.

There is a Valorant tournament in North America. This tournament is hosted by esport organization Immortals because their starting lineup which is newly-formed will take on seven other top NA squads in the $10,000 Immortals First Light tournament. 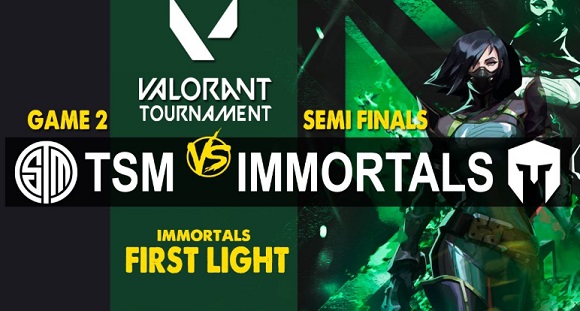 This is a mixture of established esport organizations and amateur teams in one day tournament for $10,000. And there is no other better way to break it all down than the favorite of everyone which is a good fashioned power ranking. You may want to know who at the top aiming for the title of best in North America is. Then, you also want to know the amateur team which deserves to be on a sponsored team.

The first place is Gen G. Esports. According to the ESPN site, they are as the favorites for the Immortals First Light tournament. In the three tournaments which Gen G have got into as a full team since their inception, they have made the finals in all three and only lost one. This team is solid and consistent as they come in Valorant. Their chemistry with one another is good l when we see during the game’s short lifespan. In the second place, there is TSM and the third place is Cloud9.

Over the course of June 14-15, Immortals and the gaming merchandise retailer GameStop created another Valorant event possible. The Immortals First Light tournament featured various teams from North America. Several of them had to big established organizations while others were just making their first step the esports scene. Here is the list of the attendees.

It is interesting that the winners of the aforementioned $200,000 Twitch Rivals NA event, T1 were nowhere to be found. The event held on Sunday and by the end of the first stage all of the amateur teams were eliminated. The remaining players were Immortals, TSM, Gen.G and Cloud9. TSM and C9 met in the grand finals and the series ended with a definitive victory for TSM on both Ascent and Bind. The third place was decided between the remaining two where Immortals managed to defeat Gen.G and earn the honorable spot.

$10,000 in prize money was offered by this event and it was distributed amongst the top 3. TSM could take home, $6,000, C9 – $3,000 and Immortals were left with $1,000. While the prize pool was not all that interesting, such early tournaments are useful in promoting the game and its future esports scene. Even Furthermore, teams get some valuable competitive experience when they are facing off against others on the same level.

That’s all the information which can be given about the Immortals Valorant Tournament. To stay up to date, you are able to check this site often.