Is Valorant Going to Be Cross Platform?

The hype surrounding the shooter game of Riot Games called Valorant is through the roof, as the first closed beta test approaches. On April 3, 2020, people went on Twitch Rivals in order to see the game being streamed by some well-known games, with the current question being how to enable drops on Twitch.

Drops are the method that the developer of Valroant known as Riot Games designed to hand out 25,000 beta keys to eager players, as the Valorant closed beta test starts on April 7. With this game, Riot Games is clearly trying to take on Overwatch and Counter Strike Global Offensive, hoping to reenact the success the studio had with League of Legends. However, while PC seems to be the platform of choice for the League developer, is Valorant cross platform or not? 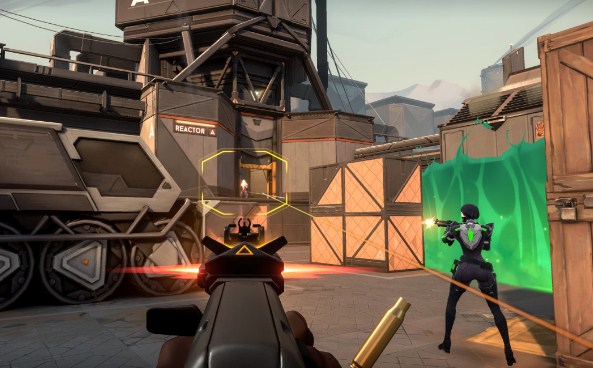 Is Valorant going to be cross platform? Cross platform play is a trend nowadays, and one that several games have cleverly used to boost their player base and engagement factor. Both Fortnite and Rocket League are doing it and reaping the rewards, with the newcomers such as Call of Duty Warzone wisely joining the trend. As contrary, a few popular games are missing out on a larger appeal factor because they are yet to implement cross-play, including Apex Legends and Overwatch.

As for now, the question about whether Valorant is going to be cross platform is a bit ahead of its time. Riot Games has yet to reveal if Valorant is coming to Play Station 4, Xbox One, and Nintendo Swicth, with Pc being the only official platform for this shooter so far. The creator has little experience with cross platform play, with League of Legends remaining a PC exclusive despite League of Legends Wild Rift being in development for console and mobile.

CCG Legends of Runeterra of Riot Games does feature cross platform play between PC and mobile. This one may be a great sign for the future of Valorant, and it is clear that a good implementation of cross platform would surely bolster the playerbase of this free to play shooter. However, these are beginning days, and people are confident that it will be several months before they learn about a Valorant console release, let alone cross platform play. From now, you can just hope that the PC version is a success, and then it will get back to the subject of a console release and cross play.

Riot Games has stated that it is open to looking at bringing Valorant to the other platforms, but only has its eyes on PC for the time being when it comes to their attention. Their focus on this device means controller players do not know when full support for their preferred input device will ever be created for the new tactical shooter. Once again, Valorant is currently not available on other devices, except for PC. In the future, it might be available on the other devices so please follow Riot Games.

Related Post "Is Valorant Going to Be Cross Platform?"

Leave a reply "Is Valorant Going to Be Cross Platform?" Cancel reply