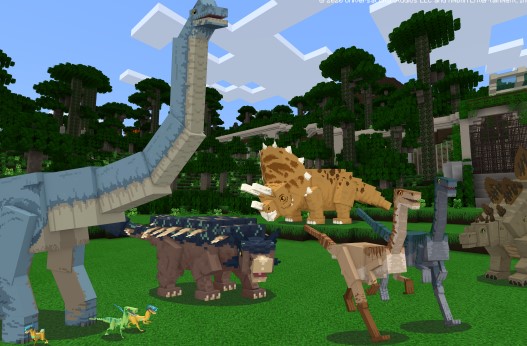 According to the new DLC’s trailer, this implicates not only the ability to remake the scenes from the two Jurassic World movies, but also includes locales from the original Jurassic Park. If you have wanted to drive Jeff Goldblum around while being chased by a T-Rex, this is your option. In addition, Mojang has released a completely free new addition to the Character Creator: a hoodie which is designed to look like Blue, the famous velociraptor from Jurassic World and Jurassic World: Fallen Kingdom.

HOW TO GET THE MINECRAFT JURASSIC WORLD DLC?

WHAT CAN YOU DO IN THE MINECRAFT JURASSIC WORLD DLC?

According to Mojang, there are some activities which are available in the new Minecraft Jurassic World DLC pack. You not only can craft and train dinosaurs, build exhibits, and fix issues, but also you can go on expeditions to discover dinosaur DNA. Please use the vehicles and your team of NPCs to solve disasters and obtain a high score. As we know that the DLC comes with 21 character skins and over 60 dinosaurs, so it will be enough to keep you busy for quite a while to come.