Have you found Dungeons in your Minecraft world yet? How important is it to find the Dungeons in Minecraft? However, when you find them, you surely will get many resources and also items in Dungeons. Moreover, Dungeons are the most common area to find monster spawners.

The Spawners which are found in these areas can spawn Zombie, Skeletons and Spiders. In this case, zombie spawners will appear 50% of the time while the other two have a 25% chance of appearing. 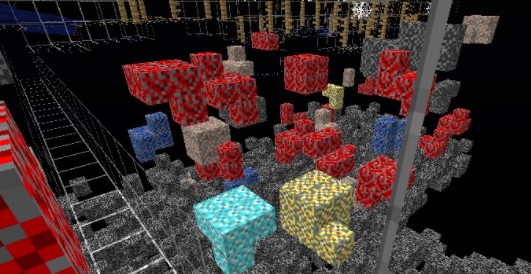 What is Mobs Spawner?

Monster spawners, which are also more known as mob spawners, refer to unique blocks with a transparent, black, cage-like, lattice structure that are able to be found in various locations. They contain a fire that does not give off actual light, inside of which, the certain mob the spawner creates spins.

In addition, a spawner makes mobs on a timed delay, during which the mob inside will start spinning faster and a burst of fire inside itself until the next mob spawns. Aside from that, the mobs spawners are usually surrounded by either one or two chests. When you play on Peaceful however, the mob will spawn and subsequently disappear, a fraction of a second after spawning.

What are the types of Mob Spawners?

What is Xray Ultimate Texture Pack?

Well, to find the mobs spawners in Minecraft, you definitely will need an ultimate texture pack called X-Ray. This XRay ultimate texture pack simply will ease you to search for the resources of Minecraft world. This works to make all textures except valuable ores and spawners. By using this, you will always recognize which direction to dig so that you can find what you want and avoid encounters with aggressive mobs.

This texture pack is totally great to find mobs, lava, spawners, caves and many more.

To get the Xray Ultimate Texture Pack is totally easy for you. Here are the ways to install it on your devices:

Now, you will get an easier way to find the mob spawners by using this Xray Ultimate Texture Pack. Make sure that you do not miss a step above to get a correct installation. Good Luck!