If you are a gamer or maybe just a person who enjoys watching game tournaments, you may have been waiting for the PopFlash Valorant Tournament. If you really want to watch this tournament, then you may want to know where it will take place, when and also who are the players who will compete in this tournament. Even, you also wonder who is the winner of the tournament.

Well, the grand finals of the Pop Flash Tournament was held on August 30th, 2020. So, if you read this article after that day, then you have skipped the event. But, do not be sad because here we will inform you how it took place. 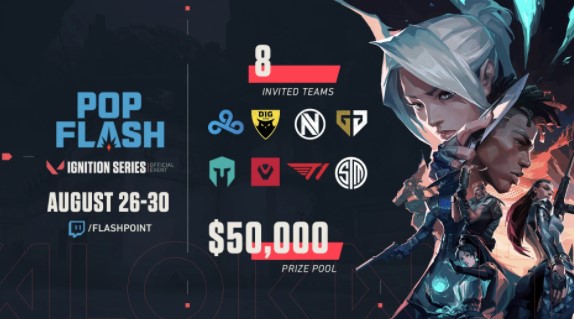 The format of this Pop Flash tournament can be seen below.

This Valorant Pop Flash Tournament can be watched on Youtube or Twitch. And the maps used in the game are Ascent, Haven, Bind and Split.

For your information, Pop Flash is a tournament which is hosted by B-Site and Flash Point. It is produced in conjunction with FACEIT which is the 4th and final event of the IGNITION SERIES in North America. This event was started on August 26th, 2020 to August 30th, 2020.