RLCraft is a modpack that you can use for Minecraft. In this modpack, there are about 120 separate mods which have been bundled and tweaked by Shivaxi to make a Minecraft fantasy world which is challenging. Now, this modpack is at version 2.8.2 and it is able to run on Minecraft version 1.12.2.

Talking about RLCraft, you may want to know about RLCraft resource packs and shaders. According to RLCraft wiki, a lot of Minecraft users usually will be used to have some graphical enhancements in the form of resource packs and shaders. However, because of copyright reasons code from Optifine, they are not able to be bundled with RLCraft. Also, it makes the information about how to install them on Twitch and Technic launchers has been limited. 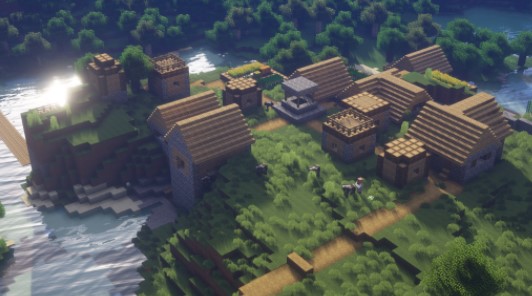 People who play RLCraft on Twitch or Technic Launchers may feel that installing graphic modifications is hard because of the lack of instructions or information. However, when they know how to do it, they change their mind because actually installing them is very easy.

If you want to download shaders and resource packs, the first thing that you have to do is installing Optifine. You have to download Optifine and then you have to double click on it to install it to the main Minecraft launcher. If you play this mod via Twitch or Technic launchers after downloading Optifine, you simply add the file to the mod folder which is running your RLCraft modpack.

If the Optifine has been in your mod folder, then you are able to download a suitable shader. Then, you have to leave it in your modpack shader folder and turn on the shader via the options-> graphics. If you want, you can choose Sildur’s shader since it is one of the best shaders.

Now, how about the resource pack? Resource packs or texture packs have the ability to change the default Minecraft graphics into something special. There are a lot of options for resource packs. Different people will find different packs which can be suitable to their own tastes. The founder of RLCraft recommend Chromahills. However, the cartoon look may not be for everyone. You are able to find more because there are a lot more options that you can find based on what you like which then you can download.

If you want to add resource pack, you can add them in the usual way. You are able to download the correct version and then you have to move it to the resource pack folder. After that, you need to turn it on in-game in options-> resource pack.

If you want to know more about RLCraft Resource Pack and Shaders download, you are able to watch some videos about it such as a video of Zephyr Sean entitled How to Install RLCraft & Shaders Tutorial (2019) which was uploaded on September 18th, 2019; a video of IssaChocolate entitled How to Install RL Craft shaders/ Textures which was uploaded on September 19th, 2019; and many more.