Valorant is a new FPS game. A lot of people including streamers try to play this game. Even some of them try to compare this game with the other games such as CSGO. Then, as a streamer and former CSGO professional, what does Shroud think about Valorant games compared with CSGO?

As a former Counter-Strike: Global Offensive pro, Shroud said that the game is easier to play compared with CSGO. The reason is mostly due to the simplified map. He explained that the time to kill is one-to-one with CS. He also said that the game just seems easier since the game is like 1.6, where it is just bland, super simple. In addition, he stated that the walls have nothing on it and the characters pop. 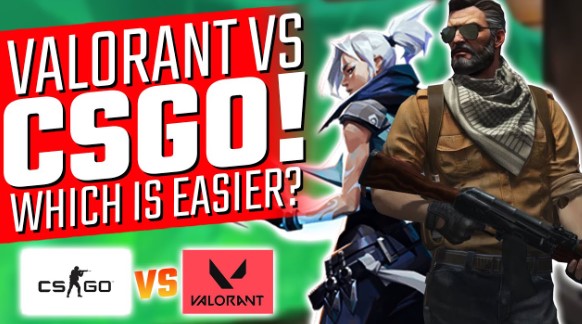 The simplicity in the game makes it easier to target opponents. It is when there are a lot of skilled CSGO player’s accuracy and mechanics will serve them well and also the headshots will begin rolling in. Firstly, he speculated that he did not know if this game is able to surpass CS but he thinks that it will be successful. He also kept getting confused about the abilities which are various that he was seeing in the Valorant gameplay that Riot released. He complained that the game may be hard to watch compared to CSGO due to the addition of abilities that people may not understand at the beginning.

Now, it seems that he can enjoy playing the game. He plays the game and uses the exact same abilities he was confused about just weeks prior. You are able to watch how he is playing Valorant on his Youtube video entitled Is Valorant Easier Than CSGO on his channel, Shroud, which was uploaded on June 7th, 2020. The duration of the video is 17 minutes and 34 seconds and now this video has been watched more than 1 million times.

He was born on June 2nd, 1994. In 2019, he won an Esports Award as Content Creator of the Year. He also got some achievements from game tournaments that he attended such as first place in the ESL ESEA Pro League Season 1 – North America in 2015, first place in iBUYPOWER Cup in 2015, second place in DreamHack Open Bucharest 2016, second place ins ESL One: Cologne 2017 and many more.

Shroud has a Youtube channel named Shroud and now it has more than 6.24 million subscribers. He joined Youtube on December 22nd, 2014 and now the total views of his videos on his channel is more than 698 million times. A lot of videos that you can watch including EFT Is Broken, My Best Streak In EFT, New Skins In Valorant, Is Valorant Easier Than CSGO and many others.