Shroud Says Valorant is Easier Than CS:GO, Here’s the Reason?

More and more streamers of games are weighing in on Valorant days before the closed beta becomes available to the gaming public. Former professional player of Counter Strike Global Offensive called Mike Shroud Grzesiek is the latest content creator to speak his opinion on the new FPS title of Riot. The player said that the game is easier to play compared to CSGO, and it is mostly due to the simplified map.

Shroud explained that the time to kill is one to one with Counter Strike. The game called Valorant just seems easier because it is like 1.6 where it is just bland, super simple. The walls have nothing on it and the characters pop.

The simplicity of Valorant makes it a lot of easier to target opponents. That is when the accuracy and mechanics of a lot of skilled players of Counter Strike Global Offensive will serve them so wekk and the headsots will start rolling in. 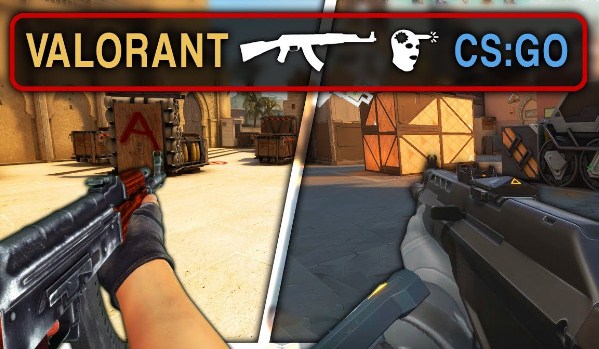 This one is totally different take than that which former Overwatch League professional xQc Lengyel had after his initial experience playing Valorant. He felt that the objectives of the game became aggravating because of the abilities of the agents. The thing makes the streamer feel as though Valorant had too much going on if you compared to Counter Strike. xQc said that Valorant is so annoying. In Counter Strike, you rarely have a wall that has 3,000 HP, two lines of Viper shit, glowing fire, and flying people. There is none of that in Counter Strike.

Despite all of the differences, the other professional players have noticed a lot of striking similarities between Valorant and Counter Strike Global Offensive. 100 Thieves was fast to point out the eerily similar recoil mechanics in both games. Riot Games has not spoken out about the comparison, but there is a possibility that Valorant was purposely made similar to the older game to make the transition easier for the players of Counter Strike.

It is really interesting to see how the opinions of Shroud on Valorant have changes over the course of a month. At the early of March, the player of Counter Strike Global Offensive gave his fans some initial thoughts on the yet to be released game. He said that he did not know if Valorant could surprise Counter Strike, but he thought it would be successful. Aside from that, he also kept getting confused over the various abilities he was seeing in the Valorant gameplay released by Riot Games. The player complained that the game might be hard to watch compared to Counter Strike Global Offensive because of the addition of abilities that people might not initially understand. Despite his confusion over the use of abilities and what they did, he did commend the map designs of Valorant.

A month after that, Shroud found himself playing Valorant, including using the exact abilities. Now, he was enjoying them immensely. It seemed like he also had a good handle on communicating when and how to use those abilities.