In the Valorant community, everyone knows Solista as a high ranking Valorant Radiant player that got banned while he was streaming live on Twitch. Do you want to know about his story? It is really interesting and it is sure that you will have a good time by reading the details. Before moving on to the details, there is one thing to take note, which is to not to follow his path and use his experience as an example to be better.

When the game named Valorant was launched for the first time, there was a Vanguard anti cheat system that already put by Riot Games in place. It was the high tech anti cheat system. At first, the intention of this creation was to make it to prevent the act of cheating in Valorant even though some player thought that the system was too invasive. Valorant by Riot Games really has a strict policy against cheating and it is unfair if one uses the third party applications. However, it seems like a plan remains a plan because the reality is different. There is always a way to Rome and the cheaters have that in mind as they always find a way to cheat if they want. Everything has been found in Valorant, including wallhacks, aimbots and trigger bots, the ones that will shoot for you as you aim at a player. 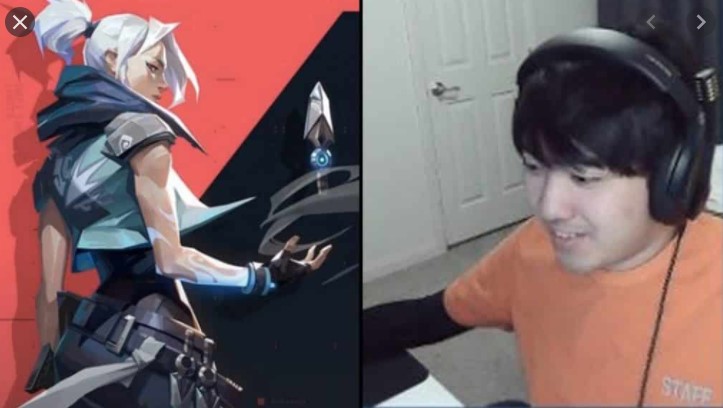 Valorant is not an easy game. It is quite hard to the point some even want to give up. While the other players have a hard time in the game, the infamous Valorant streamer named Solista preferred to walk in smooth way and used cheats to rank up. Unluckily, his action was caught on livestream. He actually went under the radar for quite some time until he was finally banned live on stream. People are also wondering how he went under the radar for so long.

Furthermore, the accident happened when Solista, the Reyna main, was streaming on April 14. This one was playing on Split in the game. After he has completed 18 rounds, his game was terminated as the anti cheat message flashed up with the red screen of death, informing that a cheater had been found in the game. The message was not from the developer, it was the result of the reports done by the other players. The ones who reported him believed that he did not click his mouse button to shoot yet his weapon fired in the game. That was the thing that made people him suspicious. Upon seeing the message, he then quickly skipped the message. Unfortunately, he discovered that he was actually banned from playing Valorant. According to some witnesses, Solista was shocked and his response to the incident was priceless.

Cheaters are bad and harmful but It is always a good thing to see the them being caught. It is even more enjoyable if their action is caught when they are on live stream, just like what happened to Solista.

A clip from the live stream of Solista has gone viral. It was the most talked among the high ranked Valorant players who have previously matched up with him. Before the incident, he had hit Radiant rank and played together with Michael “shroud” Grzesiek.

There is a funny story about Solista and Shroud. Solista actually got appreciation from the legendary streamer and gamer named Shroud. He praised him just a few days before the incident happened. His skills with Guardian make Shroud in awe. He added that Solista can reach the pro scene within a span of a year. Shroud, the player with experience in FPS games, was sure that Solista was not clean. That’s why he jokingly mentioned that Solista might be banned from Vanguard in the near future and his joke actually turned out to be true.

According to Tracker.GG, it seems like the ban is not a temporary one because the account of Solista has not registered in the game since the ban was issued. In addition to that, his channel on Twitch is also nowhere to be found as it is clearly against the Terms of Service of Twitch to stream while cheating. There is no information whether he will come back to the gaming field or not, but the other players should have an eye on him or someone like him.

While the other players of Valorant are definitely happy upon hearing the news, as stated before, some of them are also wondering about the anti cheat system. They are curious how Solista managed to climb up all the way to Valorant Radiant, which is known to be difficult, and even ranked 65th in the North America, one of the most competitive regions in the game, without getting a ban. In the end, everyone knows that everything happened by cheating.

Actually, the infamous Vanguard system of Valorant was not the only culprit of this incident to happen and it was not the only one who responsible for catching every cheater who cheats in the game. According to the Anti-Cheat Police Department, the one who work closely with Riot Games and the other developers, the other players are also responsible for this. They did not blame the players but they encourage them to keep reporting the suspicious players in the game. There is a high chance of them to get banned by the anti cheat system by Riot Games if they are really cheating.

The way up to the top is not easy and it takes time, dedication, and innate skill. That’s explains why one will be happy when they reach that spot and people will hate those who prefer to use an easy way to go to the top, even thought it is illegal.

It is not only about literal matches but it also ruins a lot of things. Cheaters skew the leaderboards, take attention away for those who really deserve it, and destroy the trust given by the other players to make a fair competition.