When you decide to play Valorant using a new game mode called Spike Rush, of course, you should know more about it in detail. If you do not know the basic rule of this mode, absolutely you cannot use this mode well. By knowing all about the Spike Rush mode in detail, we guarantee that you can play Valorant better.

Spike Rush is a new game mode released by Riot Games some time ago. In this mode, the players are allowed to play valorant to have unforgettable experiences to feel more enjoyable and relaxed.

Certainly, many players hope that this new mode will be a good way to warm up for competitive matches. Unfortunately, some Valorant players do not feel a warm up through this mode. But, many players precisely feel it more. 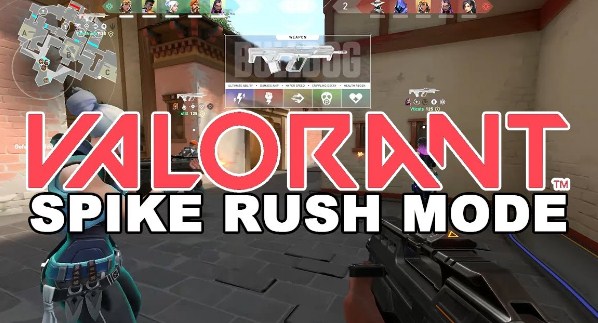 For the players who have praised this new mode, they totally feel that the new mode makes them play Valorant aggressively. It means that they really get the faster gameplay using this Spike Rush mode.

As the trending game in the world, Riot Games crawl to keep launching for new features, new maps, new characters and even a new mode to make the players more comfortable playing Valorant and drive out player disappointment.

Need to know that Spike Rush mode was designed for ultra-fast games which compare to the older version of Valorant. In this case, this game mode is still attacking and defending teams to plant and defuse the spike like the classic unrated matches.

For the first changes, everyone in the match can start the round with the same guns. Then, each round, both teams will be given a random load-out which both teams share. In this case, you do not have to worry about the credit economy because all non-ultimate abilities are available in each round.

Then, to make sure that the attacker does not have to create a perfect plan, definitely each attacker starts the round with a spike. It may be difficult for defenders to watch three sites at the same time, but it will remove the need to always recognize where the bomb is located.

Moreover, the objective will be more of a death match than a classic search and destroy.

In this game mode, you are also allowed to fight for the valuable resources.

You need to secure the weapon power-up that will increase the damage of a player’s weapon.

In this mode, the players also have an access to upgrade their weapon to be more massive and excellent performances.

Then, to add a bit more chaos, the players can charge their ultimate ability with blue power-up.

As we have explained above that the Spike Rush will make the players play faster. The Hyper Speed power-up makes a small circle which applies a movement speed to the players which run through it.

This activates after a short for about 2-5 second channel time. When the channel is over, then, the opposing team reduces their health to 10.

Well, those are the details of Spike Rush mode that you should know.