When you watch the Valorant tournament, you may see Team Envy. This team consists of some boys and you wonder who they are. Even you may imagine that you could be like them, being a member of a gaming team. It will be great if you are a pro at it. So, to know this team more, let’s find out in this article.

Team Envy is an esport organization from America which was founded in 2007. This team is mainly known for their competitive Call of Duty background. Formerly, this team was known as Team EnVyUs and often abbreviated to Envy, EnVy or nV. 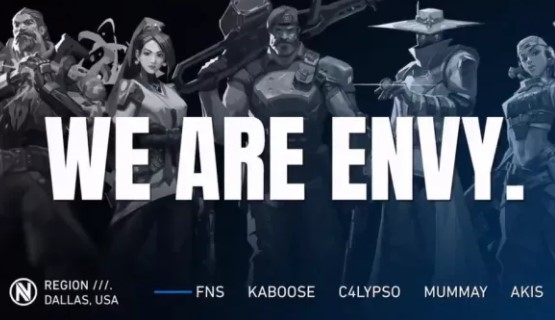 Now, the active player roster of Team Envy for Valorant are listed below.

The real name of aKis is Adam Kisseberth. He was born on August 13th, 1992. He is an American player and now he plays for Team Envy. He joined Team Envy on July 13th, 2020. Formerly, he is a professional Counter-Strike: Global Offensive player.

The real name of c4Lypso is Abdo Agha. He is a Canadian player of Lebanese descent. Now, he plays for Team Envy which joins on July 13th, 2020. Formerly, he was a professional player of Counter-Strike: Global Offensive.

Pujan Mehta is the real name of FNS. He was born on March 19th, 1992 and he is a Canadian player. Now, he plays for Team Envy and like other Team Envy members, he is also a former professional player of Counter-Strike: Global Offensive. He joined Team Envy on July 13th, 2020.

The real name of mummAy is Anthony DiPaolo. He was born on October 19th, 1994. He is an American player and now he plays for Team Envy. Formerly, he was a professional player of Counter-Strike: Global Offensive. On July 13th, 2020, he joined Team Envy.

The real name of kaboose is Jake McDonald. He was born on June 23rd, 2000. He is an American retired professional  Counter-Strike: Global Offensive player. He left it on May 6th, 2020 to pursue a career in Valorant. Now, he plays for Team Envy.

Team Envy is an organization which is long-standing in esport. It boasts competitive teams in a lot of titles. This team was initially a Call of Duty team as Team EnVyUs in 2007. The most of the notoriety of the organization comes from its CS:GO team. In 2015, after getting CS:GO players, this organization skyrocketed in fame. And now, the strongest esport team under Envy Gaming is Dallas Fuel from Overwatch League.

Team Envy is one of groups hoping to get a head start of the exciting new esport of Riot Games, Valorant. The last tournament which was attended by Team Envy was the Pop Flash Tournament. It is a tournament which is hosted by B Site which is a part of the Ignition Series. In this tournament, Team Envy must be satisfied in second place after Sentinels. With this achievement, this team got $12,500. The grand final of this tournament was held on August 30th, 2020 and it could be watched on Youtube and Twitch.