Adding mod to Minecraft world will give you a more awesome experience. Mod is defined as a user-made modification that can change the content of the Minecraft game from the official version. If you add mod in the game, there will be new items, craft recipes, blocks, and mobs.

What mod do you want to add? It depends on you. But, have you used Thaumcraft 6? Thaumcraft 6 is a reimagining of the Thaumcraft 5 mod and it was created by Azanor. Thaumcraft is based off of the form of magic and it is known as Thaumaturgy. Have you heard about Thaumaturge? It is a person who performs Thaumaturgy and this person is also defined as a person who works wonders and performs miracles by using the magical essences inside physical objects. 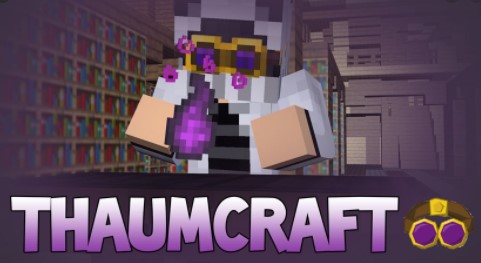 Currently, the mod is in beta on 1.12.2. On January 14, 2019, Azanor made an announcement that he has discontinued the development of this mod. Then, as of January 2019, Team CoFH has taken upon the port of the mod to newer versions, while Azanor remains as the creative director.However, no ports have been released yet.

Do you want to use this mod? If you want, you are able to start Thaumcraft 6 and you will need a Thaumonomicon. You are able to obtain it by mining an Air Crystal, a Fire Crystal, a Water Crystal, an Earth Crystal, an Order Crystal, an Entropy Crystal, or a Flux Crystal. If it has been done, you will see that there is a message which will appear. The message encourages you to sleep in a Bed. After you lay down in a bed (does not require sleeping through the night for servers), a book titled Strange Dreams will be obtained by you. It asks you to be able to use Salis Mundus on a Bookshelf to acquire the Thaumonomicon.