The first foray of Riot Games into the FPS market in an interesting one for sure. With Valorant (used to be called Project A) gunning straight for the competitive shooter market, they definitely know how to do that.

With 128-tick servers, the promise of an amazing anti cheat, an engine optimized to run properly even on low tier systems and the support of Riot Games developers has drawn a lot of attention from gamers. Whether or not it will have the staying power that everyone hopes it will have will remain to be seen, but fortunately there is nothing preventing anyone from playing it since it is completely free to play. 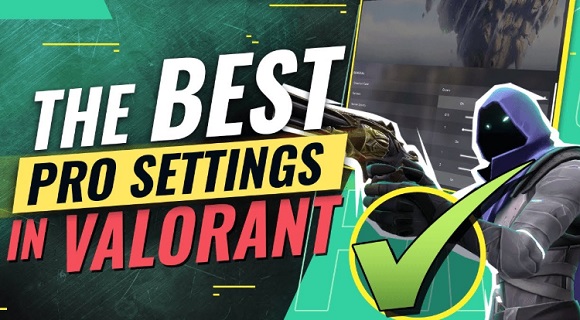 For those who want to get right into Valorant with the optimal combination of settings then you might want to consider Shroud. Who is Shroud? Have you heard the name before? If not, here is the brief information about him.

Shroud Valorian or Michael Grzesiek is the name of a pro player of Valorant. This one is a content creator but has a history as a competitive player of Counter Strike Global Offensive who represented Team Cloud9 after the organisation acquired Team Complexity, helping the group to the second place finish in ESL One Cologne 2017 and first place finish at ESL Pro League Season back in 2016. The player had played several competitive games such as Apex Legends, Fortnite, PUBG, CS: GO, Call of Duty: Modern Warfare, Escape from Tarkov, H1Z1, and so on.

In August 2017, Shroud announced that he was leaving Cloud9 and being a full time streamer, a decision that paid off for him as he quickly grew to be the most subbed to streamer on Twitch, hitting more than 6,000 hours streamed and racing to 365 million channel views. The well-known streamer of Youtuber and Twitch named Shroud uses a traditional setting layout with a few noticeable differences. Here is the detail of the settings of Shroud in Valorant (Sensitivity, FPS, Crosshair, Minimap,and so on).