The game called Valorant has been officially launched and a lot of people upon millions of players are rushing to play the highly anticipated character based tactical FPS of Riot Games. A lot of them are already seasoned Counter Strike GlobalOffensive players with years of experience with the game, and given that the game is similar to CS:GO, a lot of them are using a lot of terms they are used to from CS:GO.

This all comes naturally for a lot of genres where you have similar games. However, undoubtedly, a lot of players of Valorant do not have previous experience with CS:GO and they do not understand what people are talking about. 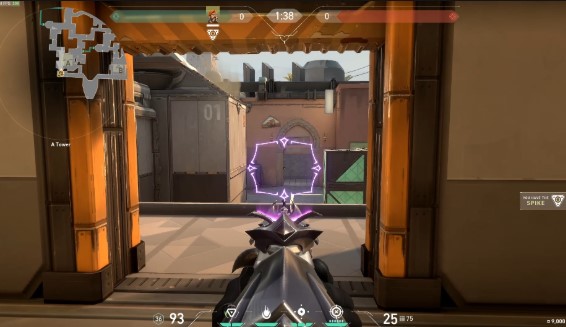 For those who are confused with what your teammates are talking about and you feel like your gameplay is suffering because of that, do not worry. In this page, you will find the information about the terms used by players when they play Valorant and it will help you tremendously to understand what is going on and how you should play according to this.

One of the terms is called Thrifty. What is the meaning of Thrifty? The term Thrifty is used to call a term describing a victory in which a team won while having cheaper gear than the enemy team. How can you achieve that one?

First of all, why would you do that? There are a few reasons. The most clear one would be that going Thrifty means you will spend fewer credits on a given round, which makes it possible to buy the better gear in the subsequent rounds. However, the more important reason would be psychological warfare. Having the opponent team while having sub-par gear is able to crush their spirits,make them fight amongst themselves, and bring you an ego boost that will carry the game forward.

Each 80s sports movie shows that the scrappy underdog is winning,so maybe you are also able to try to channel their spirit? This one is no guarantee for a victory, though. Please keep in mind that you are able to only win by honing your skills, communicating with your team, and picking the right operators for the job. Do not forget that Valorant is not a game where your weapon is the most decisive factor, so don’t rely too much on your gear.

Bomb: Spike is the Valorant version of the CS:Go bomb. Plating and defusing it is the main purpose of every round.

Orbs: You change the ultimate ability with them.

Flawless: A victory with all five players staying alive.

Clutch: When only a player remains alive and wins the round.

Entry Frag: First kill of the round.

ACE:When a player kills all opponents in a round.

Team ACE:When every player gets a kill.

Bhop: Jumping around instead of walking normally.

Trade Kill or Refrag: immediately kill an opponent after the death of the teammates.

Pick: Taking a kill while not being killed yourself.