Are you looking for the Valorant agent tier list maker or builder? If the answer to the question is yes, you might want to consider Tier Maker. To make the list, the first thing that you have to do is to edit the label next in each row. Then, drag the images into the order you want. Next, click Save or Download and add a title and description. After that, share your tier list.

For those who want to know more about the tier list, here is the explanation:

Sage is on the top of the list in the S-tier. The main reason that she is a much pick for each team comp is that she is able to heal herself and the other team allies, block entries, slow down opponents and is able to boost herself and her teammates to unreachable positions. 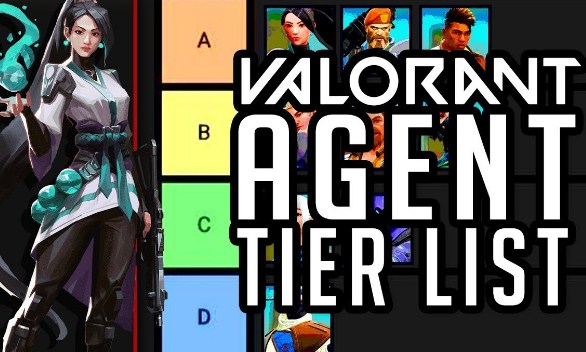 The abilities of her provide multiple benefits for a team, such as reviving and restoring team health which allows a team to play more aggressively with smaller consequences, slowing down the opponents which give the ally team enough time to rotate and more. The next one in this tier is Cypher. He comes with a lot of good traits. The best trait of him is that he provides the ally team with a lot of information about the enemies without even showing himself and risking taking damage.

All the advantages are achieved by using his spycam, traps, or his ultimate which can expose the current position of all of the living enemies. The last one is named Sova. The strength of this one lies almost in the same category as Cypher’s, which is basically to provide the team with intel about the map and enemy positions. While he to some extent shares the same traits as Cypher, the ability of him makes him a more offensive or aggressive agent compared to Cypher.

While in A-tier, there are Brimstone, Breach, and Phoenix. brimstone is able to be classed as a strategic agent that has useful abilities such as smoking and making fire zones that damages players within the zone, which can help him and the ally group to take control of different parts of the map. The second one is Phoenix, which is known as an agent that has a lot of good utilities such as healing, blocking enemies and flushing out enemies which is really helpful when defending or entering a site. The common role for Phoenix would be as an entry-fragger. Along with it we probably want an agent that has the abilities that supports an aggressive attacking play style, and here is where the thing called Breach comes in. The best trait of Breach is that he fits in the frontline because of the ability of him to rush walls using his Flashpoint, which makes him very useful when entering a site.

In the B-tier list, there are Viper and Omen. Two of the two agents could almost be listed in the A-tier if it was not for their weaker utilities compared to the other agents such as Brimstone.

Jett comes in the lower tier. The main reason behind it is because she does not really provide that much to the team. On the other hand, with Jett abilities, she is able to become very useful in eco rounds which requires aggressive play style.

In this tier, there is Raze because she does not really provide much for the team.