Voice acting is an incredible skill. It is one of the hardest things to pull off while developing a game. You may come to this page to find out the information about who is the voice behind the Valorant Brimstone. To find out that information, you are able to read this article until the end.

Brimstone is an Agent in VALORANT. Brimstone’s orbital arsenal makes sure his squad always has the advantage. He became the unmatched boots-on-the-ground commander due to his ability to deliver utility precisely and safely. Besides, Brimstone is a powerful commander that utilizes incendiary grenades, smokescreen airstrikes, and rapid-fire-inducing stim beacons to damage the opponents and buff teammates. His impressive Orbital Strike ultimate summons an enormous laser that destroys anyone who does not move out of the radius fast enough. 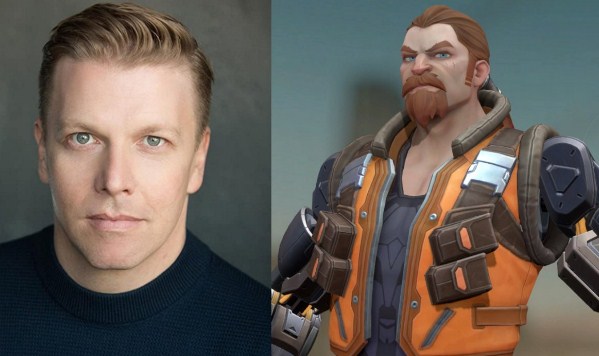 WHO IS THE VOICE BEHIND THE VALORANT BRIMSTONE?

You have to know that the Brimstone character in Valorant is voiced by Steve Blum. He is also known for his Tank Dempsey in Call of Duty: Black Ops 4 and Sub-Zero in Mortal Kombat X & 11. Steve Blum has been voicing video game characters for nearly three decades that meant hearing his grizzled tones grant character to Brimstone’s grizzled soldier was definitely a pleasant surprise. With lots of video game, anime and cartoon characters in his portfolio, it is hard to pick favorites. You may recognize him as Sam in Metro Exodus, Sub-Zero in Mortal Kombat 11, the allied voice for Company of Heroes, Spike in the English dub for Cowboy Bebop, and Wolverine in countless X-Men adaptations.

You have to know that voicing the robotic-armed Breach is David Menkin, whose previous work includes plenty of voice and on-screen acting. Before Valorant, David Menkin worked on Horizon Zero Dawn, Xenoblade Chronicles 2, Mirror’s Edge Catalyst, Lego Marvel Super Heroes 2, as well as some shows like Netflix’s adorable cartoon Hilda.

Nabil Elouhabi voices Cypher in Valorant, the sneaky spy who is able to set up cameras and tripwires to catch out the opponent team. Recently, Nabil Elouhabi starred in the BBC/HBO adaptation of His Dark Materials as The Bright-Eyed Man. Also, he has appeared in some famous films including The Sum of All Fears and Zero Dark Thirty. In terms of video games, Nabil Elouahabi has previously granted his voice to BioWare’s Dragon Age: Inquisition.

Voice actor for Raze in Valorant is Carolina Ravassa. Also, she voiced Overwatch’s hacker Sombra, though that is far from her only video game claim to fame. Carolina Ravassa appeared in Max Payne 3, GTA V, Just Cause 4, and other titles, while also starring in some TV shows alongside.