Valorant is the brand new first-person shooter of Riot Games that has already become one of the most well-known games in the globe, but the 1.01 patch has seen some players struggling with frequent frame drops.

Even for people using high-end PCs and powerful builds, a lot of players have reported FPS frame drops after the update, with no explanation as to why. For those who have been struggling with this problem and want to get back to peak frames in the game, you have come to the right place. 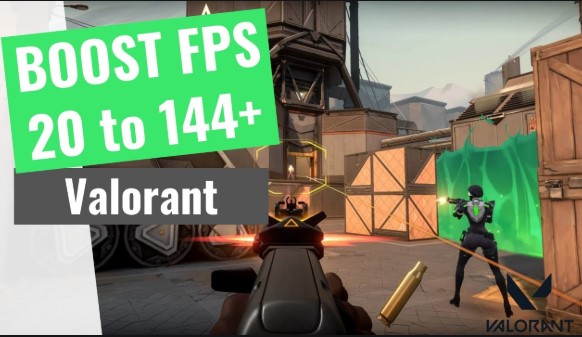 The game called Valorant was released on June 2 with big expectations and, while a lot of players occupy the servers every day, it still shows up to be suffering from similar problems to what many other games do, especially considering it is only just launched. For those who are suffering for FPS frame drops, there are fortunately just a few small instructions to follow in order to return the game back to normal.

The following method to fix Valornat drop FPS was discovered by mackfan, the one who posted to the Valorant subreddit a simple list to gather their findings. In order to check or fix the problem, here is what they suggest to do. The first thing that you have to do is to launch Valorant and minimize the game. Then, open your Task Manager by right clicking the Windows Task Bar and clicking Task Manager. The next thing that you have to do is to click Mode details and choose the Processes tab. After that, right click Valorant and choose Go to details. Another thing to be right clicked is Valorant-WIN64-Shipping.exe and then choose Set Affinity. By doing the step, a window will pop up showing which CPU threads are currently enabled for the game. If they are all checked, this method probably does not apply for you. If there are only a few checked off and everything else is unchecked, you are able to check the box and click OK. The last thing that you have to do is to repeat steps #5 and #6, but on Valorant.exe.

A lot of responses to the thread of mackfan suggested that it had instantly fixed their issue, with mackfan himself saying he discovered it after realizing Valorant was using only one of his four CPU cores. Hopefully, this method should help you too if you are struggling with frame drops in the game called Valorant, though with any luck Riot Games will find out why this is happening and implement a patch to stop the issue from recurring.

If you are still facing the same Valorant drop FPS issue even after following all the instructions explained above, it is better for you to contact the representative of Valorant. Aside from that, you can also seek help from the community of Valorant, the place where the players of the game gather. For more information about everything related to Valorant, do not forget to visit the official website of Riot.