An internet connection that suffers from constant packet losses is definitely one of the largest enemies of online competitive games. When it comes to low time-to-kill and tactical first-person shooters like Valorant, it can be bothersome to see your enemies teleporting from a part of the map to another. This one is known as player popping and is by far the most annoying thing to deal with in competitive shooters.

Valorant high packet loss is basically where the Network Buffering setting comes into the picture. In the game, every player has a 7.8125ms buffer time when rendering the rest of the players on their screen. According to the developer of the game called Riot Games, it is a new player setting that helps to smooth out player popping as much as possible. 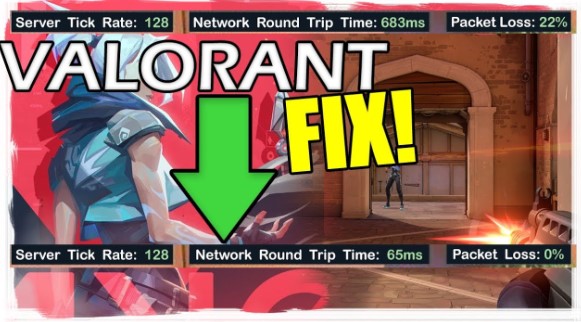 So, how does the Network Buffering or packet loss affect gameplay in Valorant? Apparently, the Network Buffering setting in the game is more or less a necessary evil for players with unstable connections that suffer from frequent packet losses. According to one of the developers of Valorant named RiotStealthyJesus, you could update this buffer to some big amount and have ultra smooth player movement, no matter your packet loss rate. However, there would be massive benefit of the peeper, everyone else would get an entire 1 second jumpstart on you, and you would lose almost every gunfight.

Those with unstable internet connection will either have to select between a laggy gameplay experience or for the opponents to have a massive benefit of peeker over them. In case you are not sure about how stable your internet connection is, then Valorant comes with a lot of settings which will display your network strength while inside the game. If you are experiencing packet losses, you will get a low Network Frames indication on the top right hand corner of the screen, where you will see the other players in the game poppinga around the map.

For those who have a very stable internet connection, then keeping Network Buffering at a minimum will advantage you a lot more. However, if it suffers frequent packet losses, you are recommended to switch Network Buffering on. It is important to first play test each of the buffering settings – Minimum, Moderate and Maximum- in order to see if your performance improved at all.

For more information about Valorant high packet loss, it is better for you to join the community of Valorant, the place where the members of the community gather. Aside from getting the information, you are also able to ask some questions.