Valorant is the name of the competitive character based first person tactical from the developer behind the popular game League of Legends, Riot Games. In this guide, we will go through the best settings for the game, optimized for increased FPS and performance. By following the steps, you will see a performance boost in your FPS.

These following settings are the bare minimum required for running Valorant. 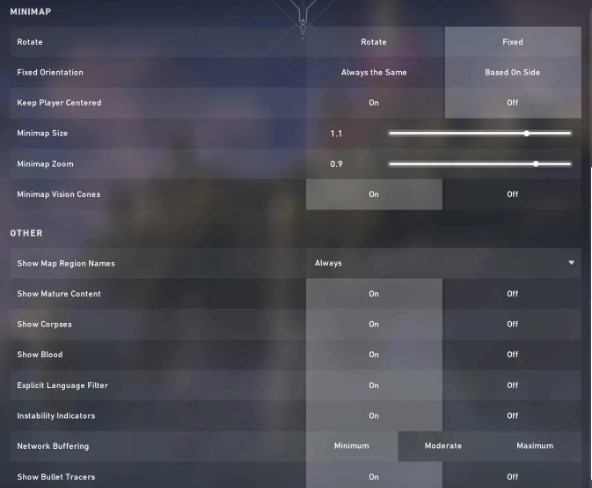 These followings are the recommended specs for Project A.

Settings the in game options to the lowest setting will increase your FPS and performance in general. Aside from that, the game will visually be much less messed up.

For those who have an NVIDIA graphics card, you are able to tweak your settings even more. Those settings require that you open the NVIDIA 3D settings from the NVIDIA Control Panel. First, open the NVIDIA Control Panel by right clicking on your desktop and choosing it from the menu. Second, click Manage 3D settings. Third, you are able to either change the settings for all programs and games, or you are able to do it for select programs. Choose Global Settings ro Program Settings and find Valorant on the list. If you choose the first one, the change will affect all programs and games. fourth, set Maximum pre-rendered frames to 1. Fifth, set Preferred refresh rate to Highest available. Sixth, set Power Management Mode to Prefer maximum performance. Seventh, set Threaded optimization to ON. Eighth, set Vertical sync to OFF. Ninth, click apply and now you are able to close the control panel again. By following the steps, you should have successfully increased your in game performance as well as the FPS.