Do you want to know who is the voice behind the Valorant Jett? If you want to know that information, so you have to read this article until the end. Here we are going to discuss about that.

ABOUT THE VALORANT JETT

Jett is an Agent in Valorant. Agile and evasive fighting style of Jett lets her take risks no one else can do. As we know that she runs circles around every skirmish, cutting the opponents up before they know what hit them. For your information, Jett is one of Agents with a passive ability. If you hold the jump key while in the air, so it is going to allow Jett to slow her descent. Jett’s Ultimate lets her use some throwing knives which deal moderate damage and kill on headshots. After you get a kill, it will replenish your daggers. Then, you are able to select to throw them one at a time. Or you are able to throw all remaining daggers in a short-ranged burst. 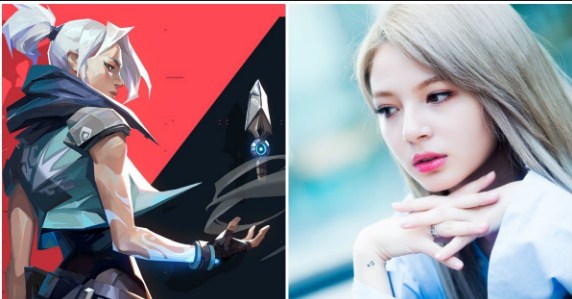 From Korea comes Jett. She is an agile fighter who prioritizes movement over everything. Her abilities include a teleportation-based dash and an updraft which lets her get higher ledges. Also, she has a smoke bomb ability to hinder sightlines and a powerful Blade storm ultimate that deals heavy damage and remains accurate, even while she is  moving.

WHO IS THE VOICE BEHIND THE VALORANT JETT?

You have to know that the Jett character in Valorant is voiced by Shannon Williams. She is well known for her career in the competitive South Korean music industry. Although she is an avid gamer, but voicing Jett in Valorant looks to be her first video game role. Prior to the game, she is credited as acting in some variety TV shows, musicals and music videos.

The voice actor for Raze in Valorant is Carolina Ravassa. We get information that she is also voiced Overwatch’s hacker Sombra. For your information, Carolina appeared in GTA V, Just Cause 4, Max Payne 3, and other titles, while also starring in some TV shows.

The voice actor for Sage in Valorant is Naomi Wang. Apparently, Valorant became the first video game role for her.

The voice actor for Breach in Valorant is David Menkin. Based on the research, before Valorant, he worked on Horizon Zero Dawn, Mirror’s Edge Catalyst, Xenoblade Chronicles 2, Lego Marvel Super Heroes 2, as well as some shows like Netflix’s adorable cartoon Hilda.

The voice actor for Cypher in Valorant is Nabil Elouhabi. Now, Nabil starred in the BBC/HBO adaptation of His Dark Materials as The Bright-Eyed Man. Also, he has appeared in some famous films including The Sum of All Fears and Zero Dark Thirty. In terms of video games, previously Nabil Elouahabi has granted his voice to BioWare’s Dragon Age: Inquisition.