Valorant is a new game. This game was released fully on June 2nd, 2020. Have you tried to play this game? If you have played this game, then what do you think? Some of you may look for some information about Valorant Rootkit. What is it?

According to Veracode site rootkit can be defined as a clandestine computer program which is designed to provide continued privileged access to a computer while actively hiding its presence. Today, rootkit is usually related with malware such as worms, trojans, viruses which can conceal their existence and actions from users and other system processes. 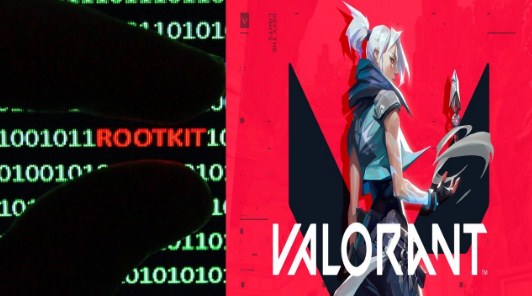 Recently, Riot Games starts publicly beta testing their new game named Valorant. The company wrote a rather condescending blog post about their future anti-cheat technology that would include a Windows kernel driver which is running in ring 0, in x86 parlance. This is their first game which use this kernel driver and when it turns out, the kernel driver begins at boot and because of its very nature has full system access even when you are not running Valorant game.

According to Riot Games, we must believe in them that their kernel driver is fully secure and it will not be exploited by malicious third parties. Also, this company will not use it to spy on people or violate their privacy. On Reddit, Riot Games also stated that multiple external security research teams have reviewed the driver.

We are dealing with rootkit, which is a method more and more anti-cheat systems which are employing in the fight against cheating. The problem is that the game developers need full, complete and also total access to your system to be able to prevent you from cheating and a kernel driver is how they do it.

Even though there are dangers which are inherent in installing closed-source security by obscurity rootkits, but Riot continues to use them and it is only the matter of time before their rootkit will be forced upon League of Legends players as well.

Riot games player will need to ask themselves whether they can believe in Riot to install a rootkit with complete and full access to their system such as browsing history, chat logs, email, everything. You must trust Riot when they say the rootkit is “secure” and will not be exploited by malicious third parties, and that the company itself will not use it to invade your privacy.

So, if Riot Games insists on using it, we have no choices. The thing that we need is just to trust them that they will not use it to do bad things to the players. So, you are able to play the game without worry. Do not think any bad things just the positive things. You have to believe that there is no bad things that will happen due to this rootkit. If the bad thing happen, of course Riot Games will be responsible for it, right? So, just enjoy the game. Explore and play well so that you will be the best player in Valorant.