A lot of esports organizations are trying to recruit a Valorant team. 100Thieves, T1, and Cloud9 were the first, but a lot of others seem to be following in their footsteps since the latest FPS may have one of the largest competitive scenes to date.

The game called Valorant has been presented for several months now as the Counter Strike killer. With the release of the beta version, a lot of people including Slasher are beginning to think that it indeed will kill the competition, but alongside Counter Strike Global Offensive and not in front of it. A few days after the statements of Riot Games about their vision for the esports future of the game, Invitationals multiply and little by the Valorant competitive scene is starting to make a place for itself. 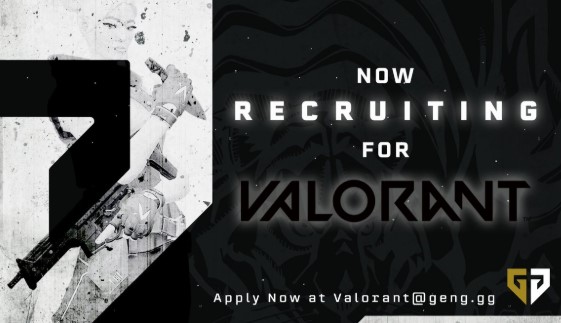 Even though a lot of organizations have not gotten in on the action yet, there are a lot of others who have started players, and the list is still growing almost daily. Here is the list of teams that have started to gobble up the talented players of Valorant:

Profiles appear with professional players and streamers shining in tournaments and sign with the first organizations ready to invest money in Valorant. In early March, there was an announcement from T1 signing Brax as a content creator and professional player of Valorant. Brax is the name of the first ever pro player of the game and alongside him is his very old teammate called Keven AZK Lariviere. Two of them have a Counter Strike background and they were both part of the iBUYPOWER Scandal back in 2014.

Some people are wondering whether T1 intends to sign the old iBP roster as their pro Valorant squad. With Dazed hitting retirement, Steel performing well with his new Counter Strike Global Offensive team Chaos and Skadoodle focusing on streaming, it seems like we will not see the squad pairing up on the game. It is still a good sign from T1 to all the fans of iPB, but it seems like they will be sticking with Brax and AZK for the time being.

Another roster signing worth mentioning is the very newest pickup of Ninja in Pyjamas. On the 8th of April, they announced that they will be re-signing their old Paladins team as their own professional Valorant squad. They currently have 4 players and a coach signed, and are currently still looking out for a 5th member that could be a potential last player to the team. In general, teh roster was really successful in Paladins. This one has had a pretty successful Paladins career, winning some events from 2017, all through 2019, such as a couple of World Championships. In addition, there are a lot of rumors about the pro players from other FPS games switching over completely to focus on Valorant.