Valorant ultra skin knife refers to a knife featured in the Valorant Elderflame bundle, along with the four gun skins. The developer of Valorant called Riot Games announced a new line of Valorant skins on Thursday that are more complicated and elaborated than any other skins in the game so far. Their new skin line is known as Elderflame and they are the first Ultra Edition skins of the game. The skins and the knife are all themed after fire-breathing dragons. 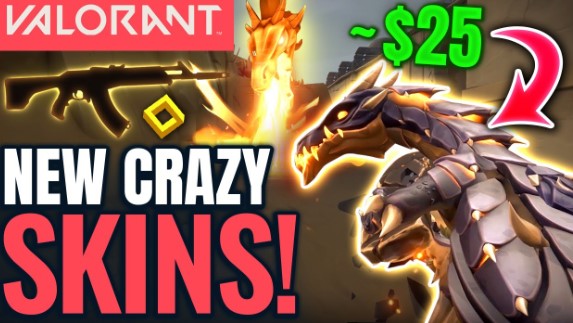 The Valorant Elderflame set is set to be available in the store on Friday, July 10. The new bundle or the set will be quite expensive. The Valorant Revenue Lead, Joe Lee has revealed that the Ultra Edition price point will be at 9,900 Valorant Points which comes around $90.

Riot Games shared the trailer displaying that the brand-new skin bundle will have some skin animation effects on the weapons, where it gets into motion while being held by a user and reloaded. Aside from this, there is another animation which sees the Valorant Elderflame dragon incinerate the opponent from the top after a player lands a round ending kill. The most interesting part is the fact that even the knife seems to have some sort of fire particles.

Joe Lee, the Valorant Revenue Lead had earlier stated that the company has plans to serve the needs of users with specific skin lines and making something that targets and serves a particular audience really well. The company has certainly followed through with what they promised before by adding these dynamic cosmetics.

For those who are interested in the Valorant Elderflame set, which features the Valorant ultra skins knife, and cannot wait for it to be released in the store, please visit the official website of Riot Games regularly so you can be the first one to know about the release. Aside from that, you are also recommended to follow the official Twitter account of Riot Games to get the newest update. In addition, it is better for you to join the community of Valorant and visit the place regularly to get the latest information about a lot of things, including about the Valorant ultra skins knife and the set called Valorant Elderflame. If you have any questions about those things, do not hesitate to reach out to the representative of Riot Games as well as seeking help from the community of Valorant, where the players of the game gather.